Sangabasis is a genus of damselflies endemic to the Philippine islands. So far 12 species are known, eight of which were only described as recent as 2014. No Sangabasis species had ever been collected/recorded from Leyte island. My observations from Leyte posted on this page also present the first life photos of Sangabasis braulitae taken in the field. The species has been described from a tiny population on Camiguin island (just north of Mindanao) in 2005. It was previously also collected on Homonhon island (south of Samar) and initially labelled Amphicnemis sp.(cf. dentifer). My discovery of Sangabasis braulitae on Leyte island is significant as the species is endangered. The patch of habitat of the Camiguin population was noted to be tiny (Hämäläinen critical species paper) and unfortunately is it extremely likely the Homonhon population has already gone extinct. The only remaining forest patch on this small island south of Samar was noted to be only 2-3 square km and already badly disturbed way back in 1993. With the "new" Leyte population this species may still have a chance of survival. 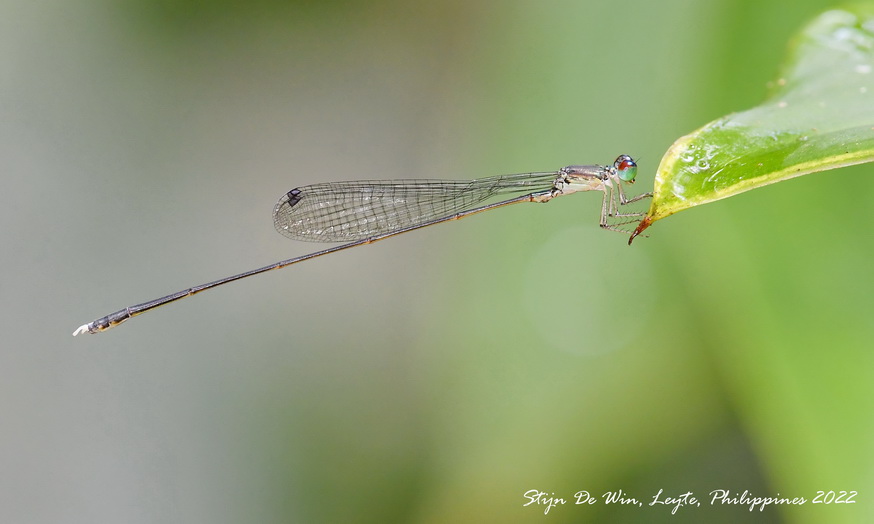 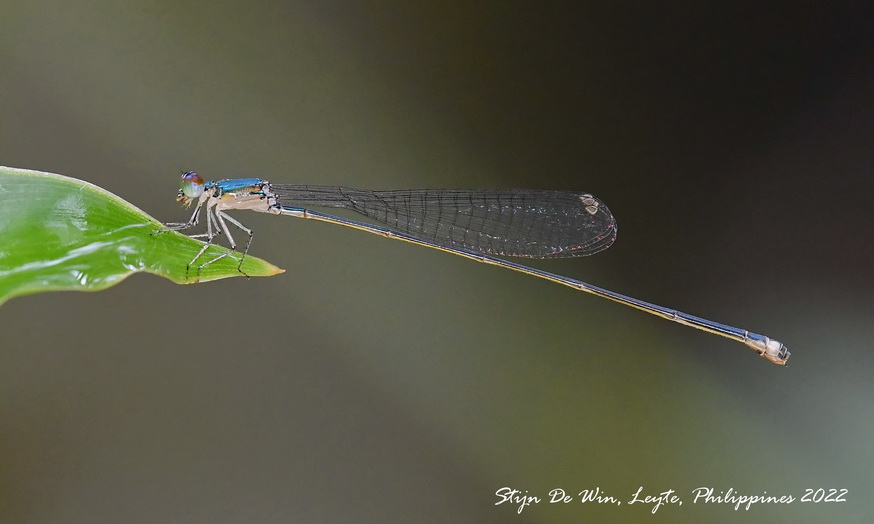 -Habitat;
Good forest bordered by swamps from sea-level up to at least 700 masl. where they seem to favour the transition zone. This damselfly will never be common due to it's critical habitat requirements.

-Habits;
Perching at the tip of leaves or twigs at about 0,5 - 1.5 meter off the ground. Difficult to follow in flight. Several individuals in a small area. 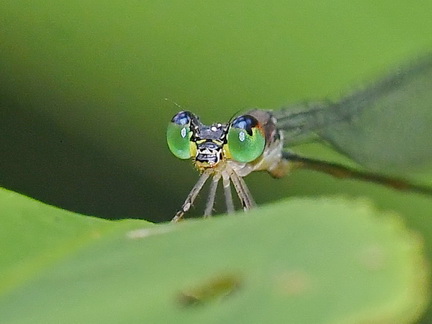 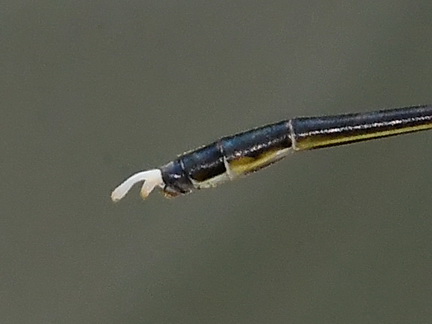 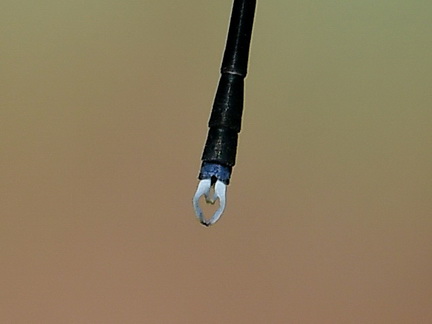 All photos copyright Stijn De Win. Note my Dragonfly and Damselfly observations are also posted on iNaturalist.
Hope this page may help with the identification, education, appreciation, conservation and research efforts of the Philippine Odonata.
Contact ; stijndewin@birding2asia.com